This Wiki will tell you everything you need to know about the game Operation Flashpoint: Red River, developed by Codemasters. 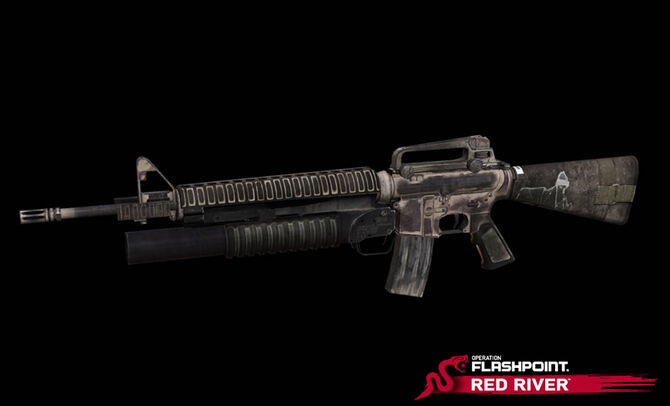 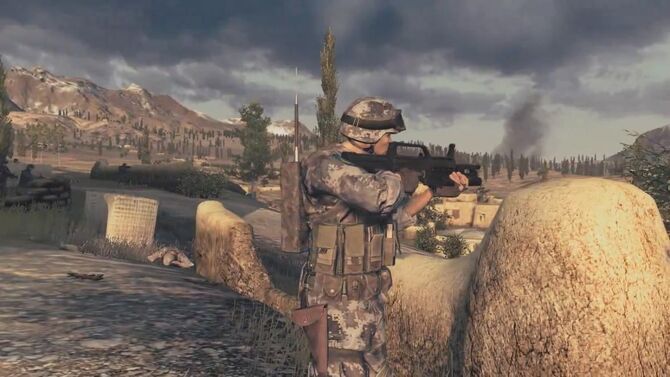 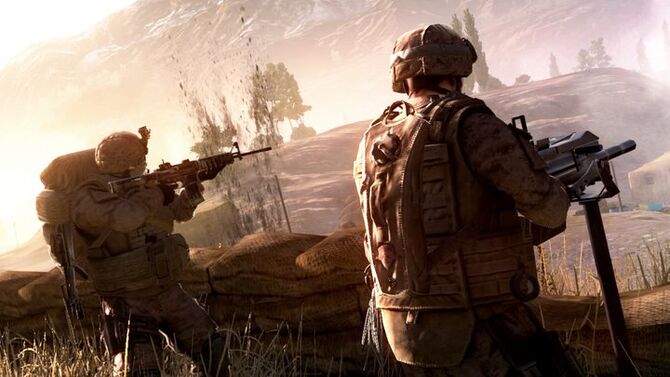 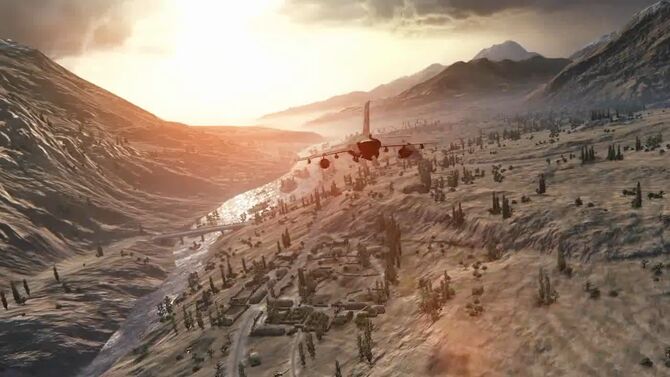 Find out about the M16A4, the USMC's staple assault rifle!

They're the largest military force in the world, and their sights are trained on you!

Who are the Marines of Outlaw 2-Bravo?

Find out about your new home, where you and your fellow marines fight insurgents and PLA day in and day out!

Operation Flashpoint: Red River is a first person shooter, developed by Codemasters. It was released in Eurpoean terrorities on April 21st 2011, and then in North America on June 7th 2011.

The game follows a fictional conflict in 2013, where the United States Marine Corps (USMC) is deployed in Tajikistan, to deal with civil war started by insurgents fleeing Afghanistan. But because of the 2012 London Olympics killings that involved China-born athletes, the PLA sends in their military to take out the threat. The US and Chinese forces work their way through Tajikistan from either side, until their armies are too close for comfort. Now the Marines based in Tajikistan are the last defence against the PLA threat as the Marines soon realise that they are to defend and hold back the PLA troops until support arrives from Afghanistan. Now the Marines are left to fight a whole military force.

The game follows a fireteam: a common infantry unit composing of 4 soldiers. They have a variety of weapons, and are lead by a team leader. The player is automatically put in the shoes of William Kirby, a Sergeant in the United States Marine Corps. As a Sergeant in the infantry, he is appointed as team leader. His experience makes the difference between a mission success, or failure.  You are given control of 3 other Marines in-game. You must lead Taylor (2P / AI), Soto (3P / AI), and Balletto (4P / AI) across Tajikistan. Tajikistan is a new hideout for the ETIM, and the battleground against China's PLA Forces. You will be given many authentic situations, which you must tactically solve.  With the use of the Quick Command Radio (QCR) , You issue orders to your fireteam. Every order has consequences/risk, but can also be rewarding. It's a dangerous world in Flashpoint, and it only takes one bullet to kill you... Make every decision count!

With the option of Friends/AI, you play in either a campaign or a series of short deployments called "Fireteam Engagements". You can choose from four classes:

Each one has its own capabilities, e.g. a Light Machine Gun for the automatic rifleman. The game is set so that any realistic route can be taken to complete an objective. It is essential a sandbox, but to a limited extent as it is set over a whole country. Depending on the diffculty level, the in-game HUD becomes less helpful (on hardcore, only 1 life is given per player). The game also presents heavy sniper rifles, Humvees, and Anti-Vehicle equipment in some cases.  As you progress in-game, more content is rewarded. you can level up classes, unlock new missions, and upgrade your Core Skills. Leveling up allows you access to more equipment in game, with 20 levels in total for each class.  As you play, the campaign will teach the basic rules for combat.

We can't get some of the badges without some more pages, so let's go!

We need to create the FTE missions pages soon

Community content is available under CC-BY-SA unless otherwise noted.