Corporal Jose Soto is the third member of Outlaw 2-Bravo. Soto presents himself as a calm, professional, and quiet Marine, defaulting to the Scout class. Soto is the character for the third player, as the second person to join the game after the game was created and made public by the host. (who plays as William Kirby and joined by an second player, who plays as Daniel Taylor) 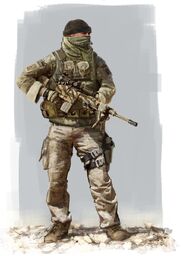 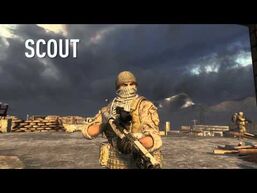 Soto on the cover of Red River

Jose Soto from his biographical trailer
Add a photo to this gallery
Retrieved from "https://operationflashpointredriver.fandom.com/wiki/Jose_Soto?oldid=5300"
Community content is available under CC-BY-SA unless otherwise noted.